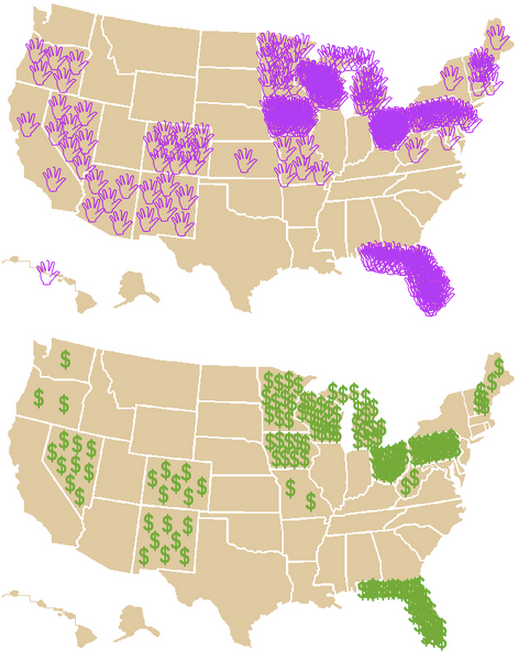 The above graphic displays the number of visits by presidential candidates (hand waves) and the amount of money spent (dollars signs) per state during the 2004 election. What is quickly apparent is only a few states are (politically speaking) “important” – these states being the so-called “swing states”.

The map below shows what states were within in +/- 4% margin of victory between the two opposing parties during the 2012 campaign – namely: Ohio, Florida, North Carolina, and Virginia. Florida and Ohio are particularly important as they are both swing states and have large population. Florida has 27 electoral college votes (third most in the US) and Ohio has 20 (seven most). The relative importance of these states and other “swing states” are highlighted above in the amount money and visits by political candidates. Do you still think your vote counts? 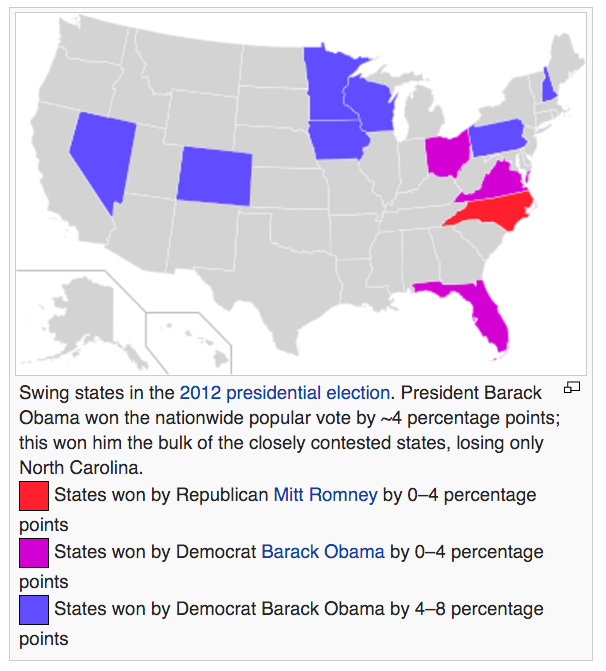